The first perspective is to compare IMDb and Metacritic’s rankings. I choose IMDb scores to represent public reception for its popularity and Metascore to represent critics’ reception for its reliable algorithm and reputation. The chart is broken down into four parts by two lines, a horizontal one and a vertical one setting the boundary of Metascore top 250 and IMDb top 250. 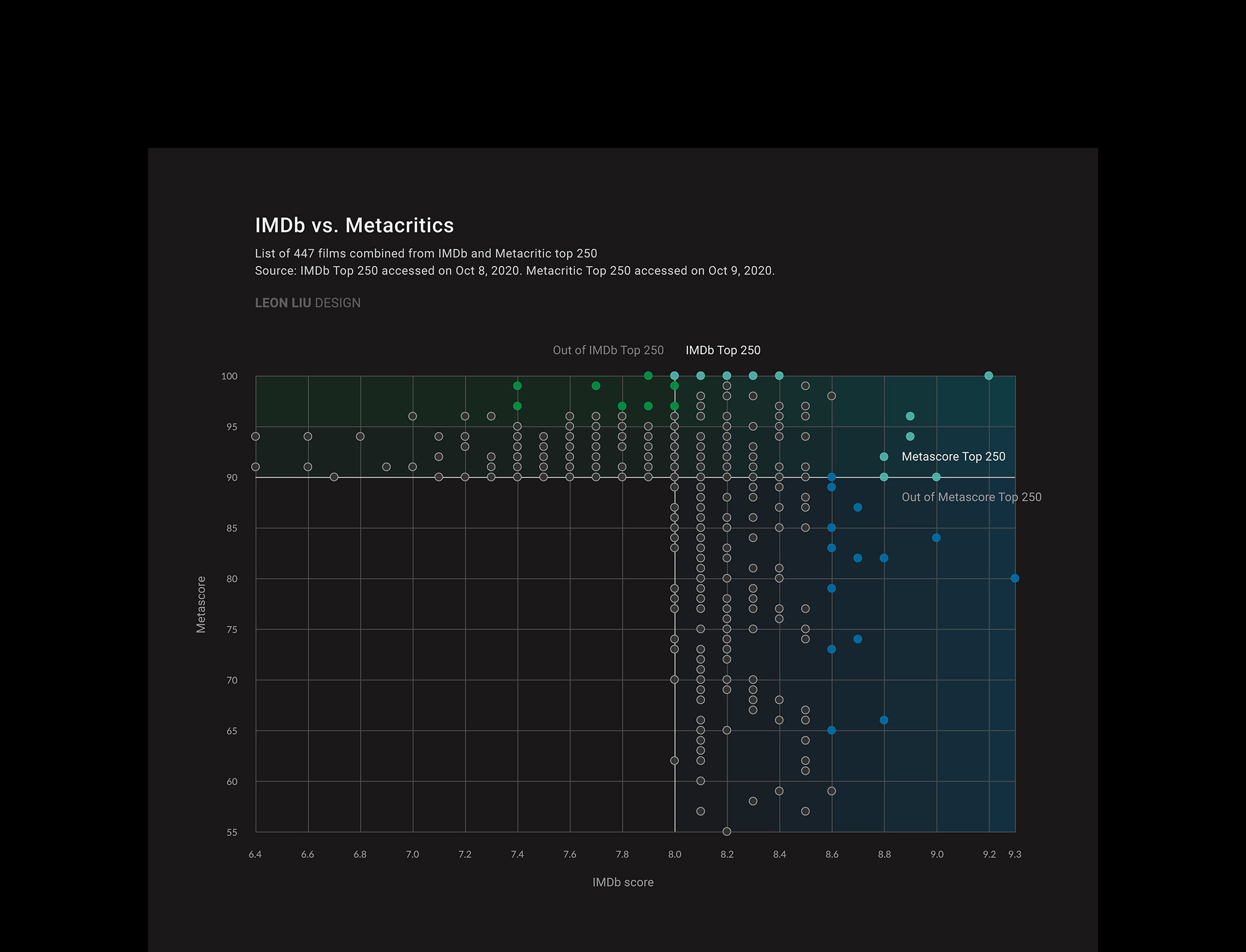 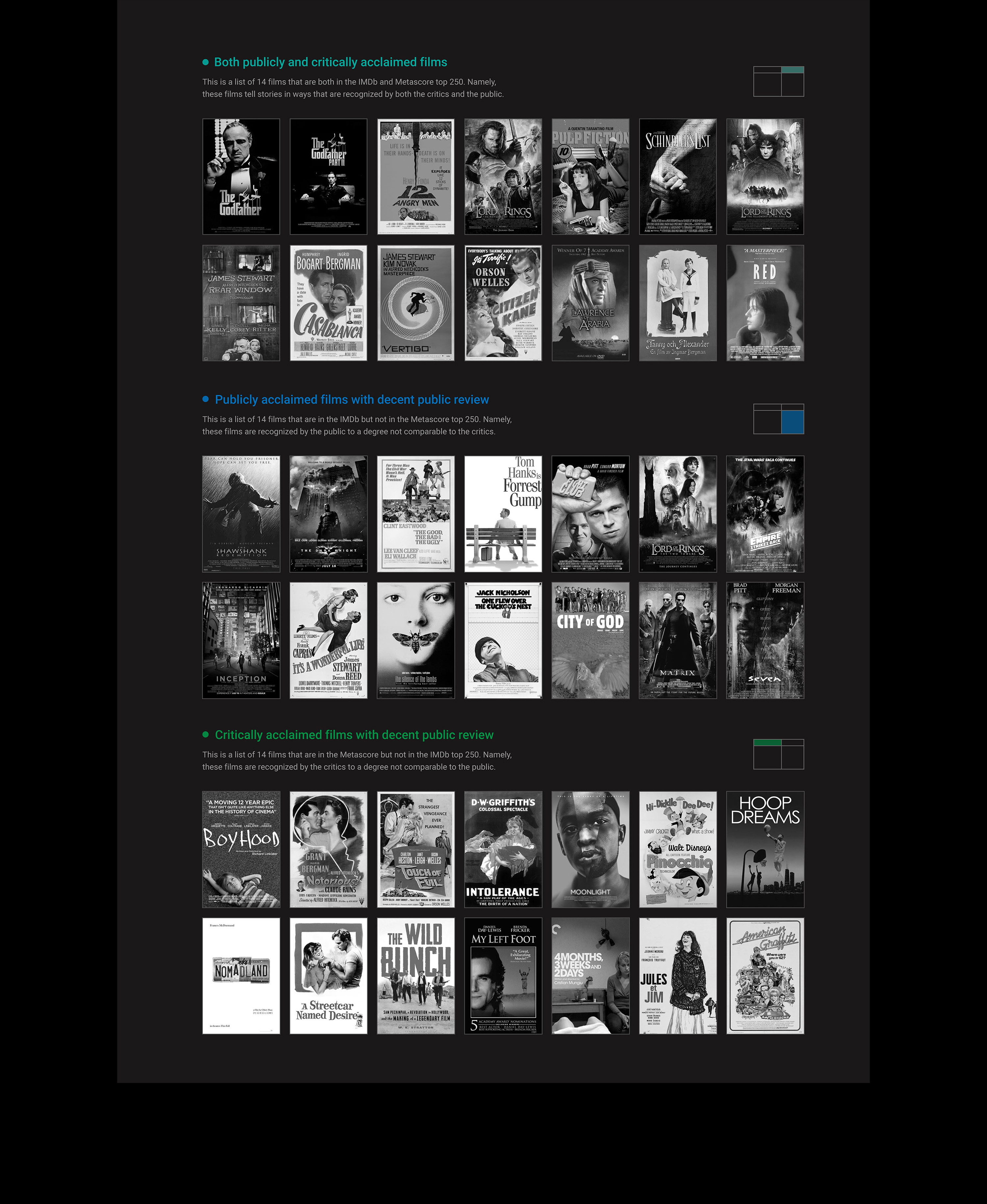 The second perspective is to show the lists of directors with three or more films in IMDb and Metascore top 250. Each circle stands for one film. The upper right corner gives an overview of all top 250 films from which we can tell that Metascore features a wider variety of directors. 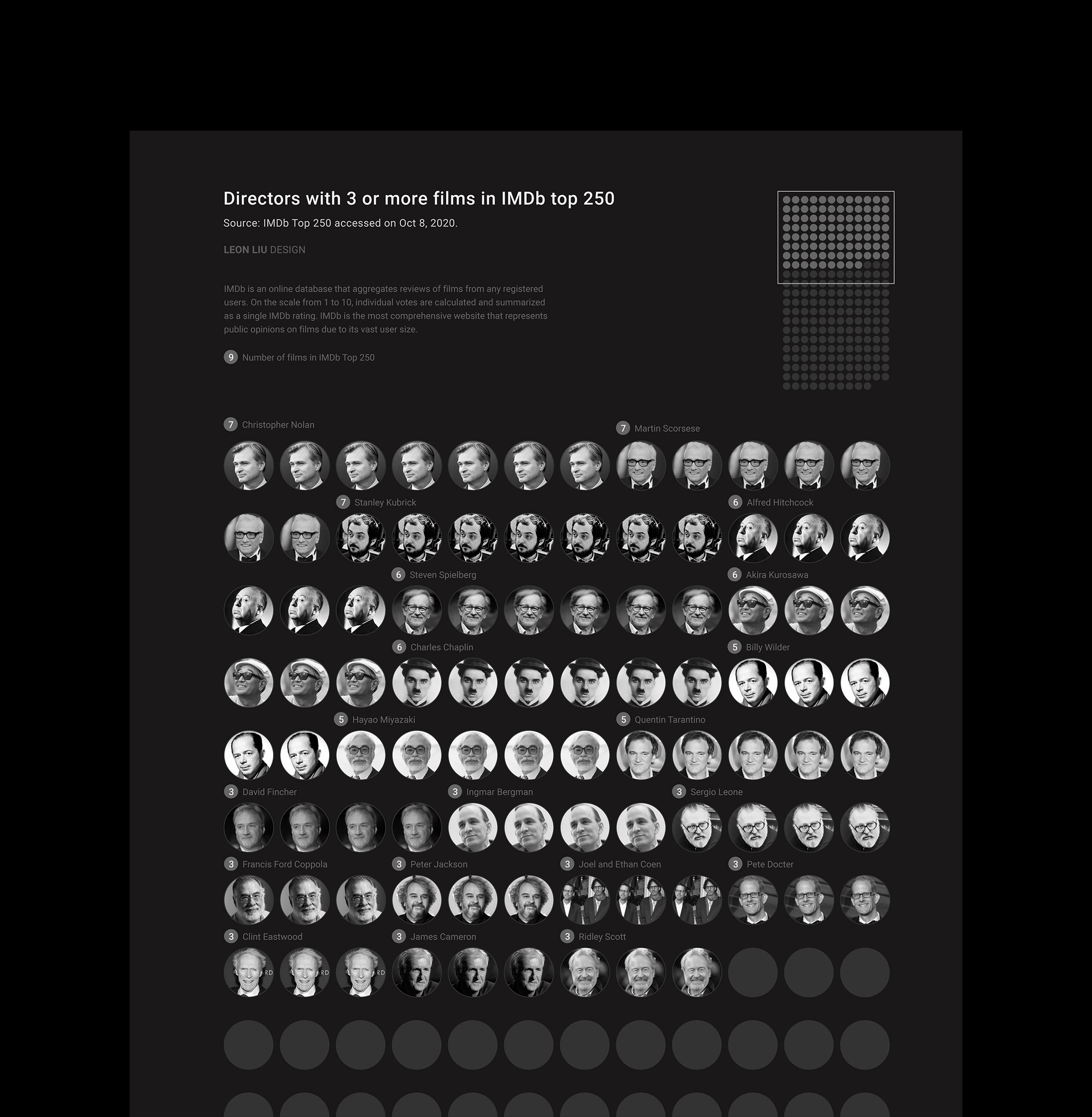 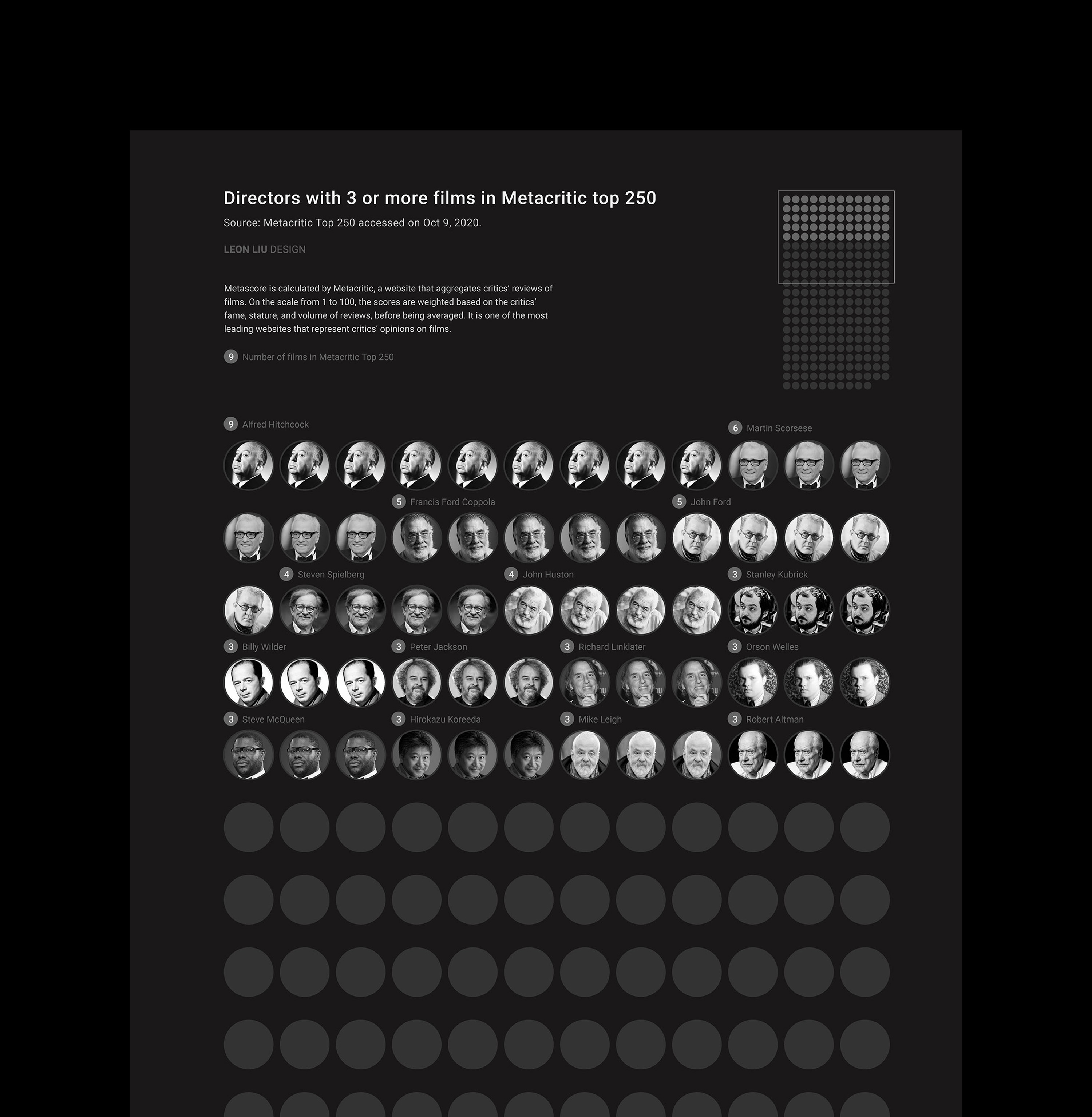 The third perspective uses the parallel set to show the connection between the following variables: director’s nationality, IMDb range, Metacritic range, and Oscars for IMDb top 250 films. The chart tells a complicated story. One cannot tell a movie’s Oscar record based on its IMDb or Metascore range. 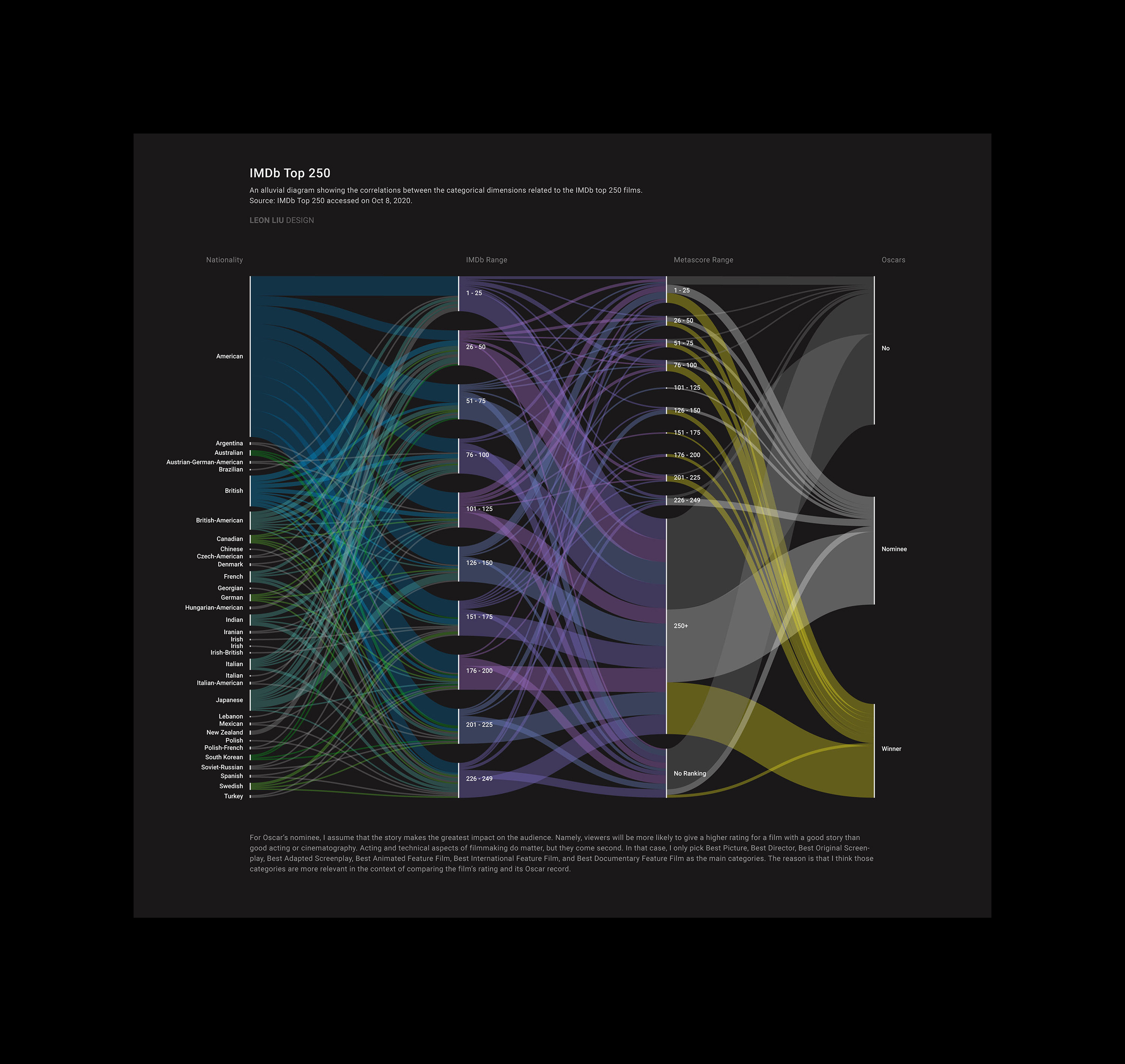